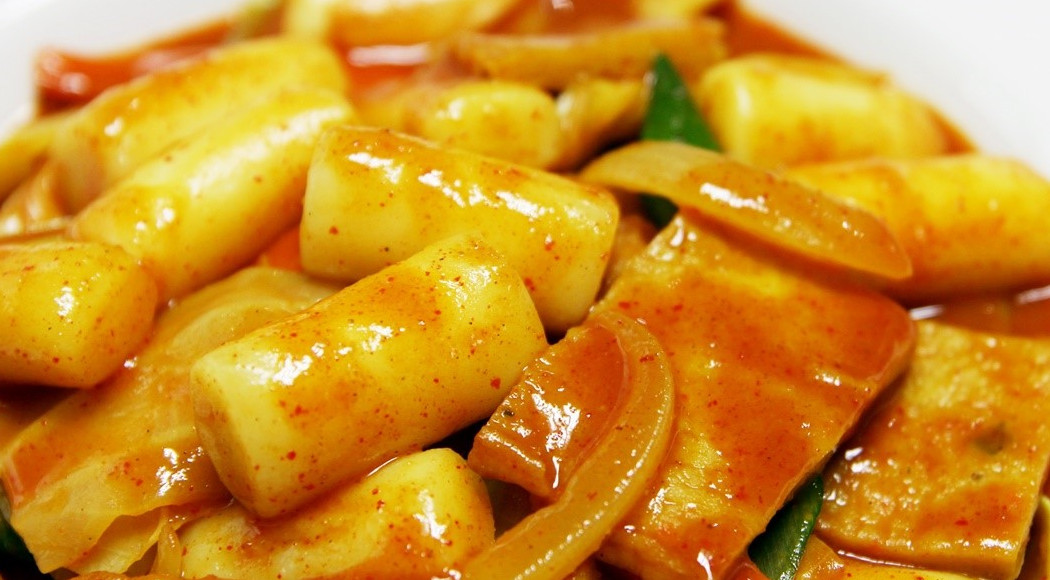 Title probably is exaggerated but I bet there is not a single person who spent their school days in Korea and not know this food. Regular Tteokbokki is red…Indeed, it hasn’t been so long since the red pepper powder was introduced in Korea. This red-colored food was firstly introduced in Korea not long ago for even Kimchi got popular since the late Joseon Dynasty era. So regular Tteokbokki was currently invented and you can also find rice cake stir-fried with soy sauce called “Gungjung-Tteokbokki(royal stir-fried rice cake)” which is difficult to find. So if you call Tteokbokki, it usually refers to rice cake with red sauce.

As you noticed from the name…this is rice cake stir-fried with red sauce but it is not completely fried. I’d say it’s “boiled” in broth. Main ingredients are rice cake pieces and two types of rice cake are used. About 20 years ago, Tteokbokki was made from flour. But there has been an increase in rice production at some point and people started to make Tteokbokki from rice. It’s softer and chewier than flour-made Tteokbokki.

Can’t we make it at home and still taste good?

It’s easy to cook Tteokbokki but there are many variables. For example, you’ll find it very difficult to make it taste the same as the street food and it’s mostly because of broth. Most people would use water but snack bars selling Tteokbokki normally use anchovy or meat broth. If you find it difficult to make broth, you could easily put onions or oden before you put rice cake pieces. You will also make it taste so much better with green onions and garlic. 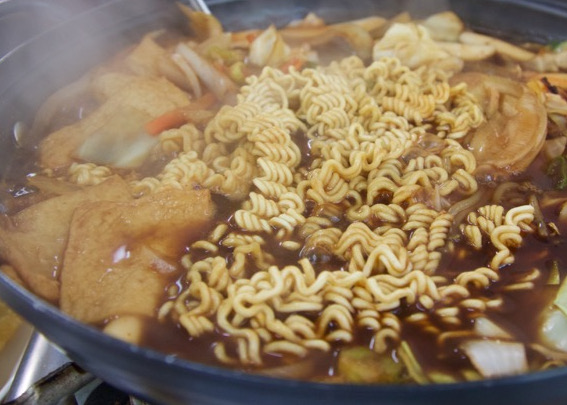 Dishes that taste better with Tteokbokki 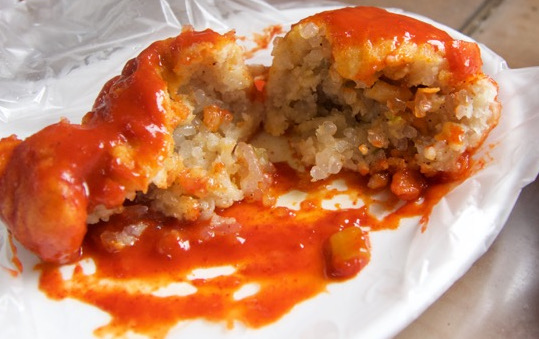 Tteokbokki itself is so delicious but it is way better if you eat it with other food. For example, there’s Oden(fish cake). Well-cooked wide Oden cut into pieces tastes so good with Tteokbokki sauce. You cannot forget egg and fried food as well. It includes deep-fried vegetables, deep-fried squid, deep-fried dumplings, deep-fried glass noodles in seaweed(gim mari twigim) and so on. You can’t expect them all to be at each caff so you should choose whatever they have on the menu. Other than them, you will never regret if you add boiled egg or Gimbap. But one thing we all know is that…rice even tastes good if you mix it with Tteokbokki sauce. 😀 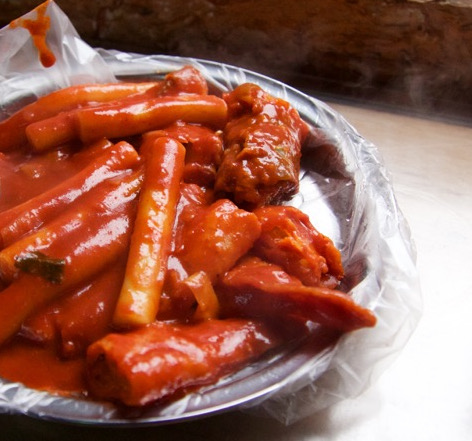 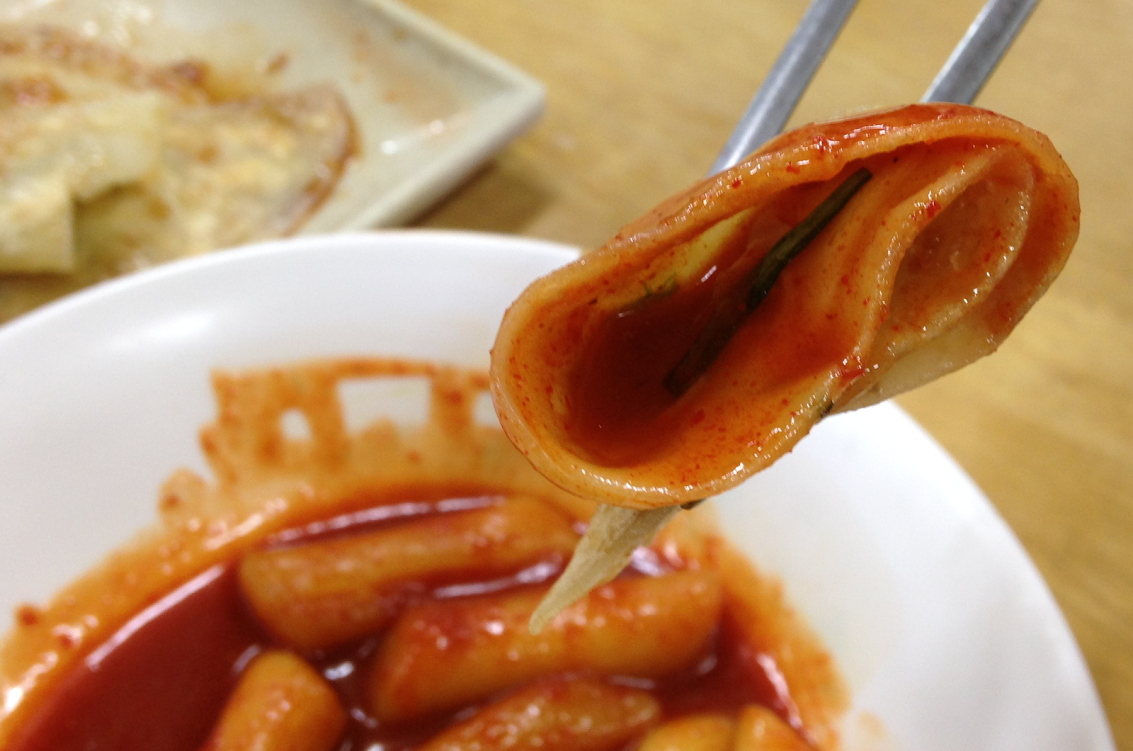